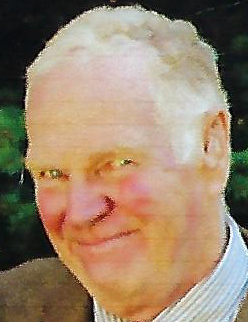 Richard’s life brought him to many places, including a tour of Europe and many parts of the United States while in the army 1959 to 1962. He worked also for a short time on the railroad, he processed margarine at a downtown department store, drove a truck for SuperAmerica back in the infancy of that company, now gobbled up by it’s competitors. He spent a number of years with Knowlan’s supermarkets, rising very quickly to the position of store manager. The trail he blazed in that company was followed for a short time by his two eldest sons. He later was again behind the wheel driving for Yocum oil company and later moved into the sales department. Richard left an indelible mark on that company always insisting on the application of common sense and good judgment in the business practices of that company. The positions he took were not always the popular ones but he was never afraid to say and do the right thing. He set a very good example to all who knew him well. The career that he enjoyed the most was that of husband and father, starting when he was introduced to Eileen by her sister, Gertrude back in 1962.

They married soon after and lived in Saint Paul near the State Fair Grounds, then moving to Maplewood having purchased a remodeled home on a large lot from Richard’s sister, Virginia in the mid 1960’s. Along the way Charles, born in 1963, was joined by brothers, Richard, Russell, and David. Highlights of the 1970’s include many family gatherings, most notably at Lake Kabetogama, the annual fishing/camping trip.

In 1994 Richard and Eileen moved to Saint Paul’s east side, finding a nice home with a large deck on sixth street. Richard contracted an acquaintance who was well versed in carpentry to build a large three season screen house on the rear deck overlooking the backyard, and this screen house became the gathering spot for family for many years, being the place for barbecues, late night sessions, and laughs and smiles beyond count. Richard was in his own way always the chairman of the board for these events and his presence at such events will be sorely missed.

Richard’s legacy is one of giving love, offering encouragement, sharing hope, and enduring strength. We couldn’t have asked for one better than this.

Dad/ Grandpa, you are loved beyond words and you will be missed.

Mass of Christian Burial at 1030 am on Tuesday, January 11 at Transfiguration Catholic Church, 6133 15th street North, Oakdale, MN. Visitation one hour prior and internment at Union Cemetery to follow. Family Only.