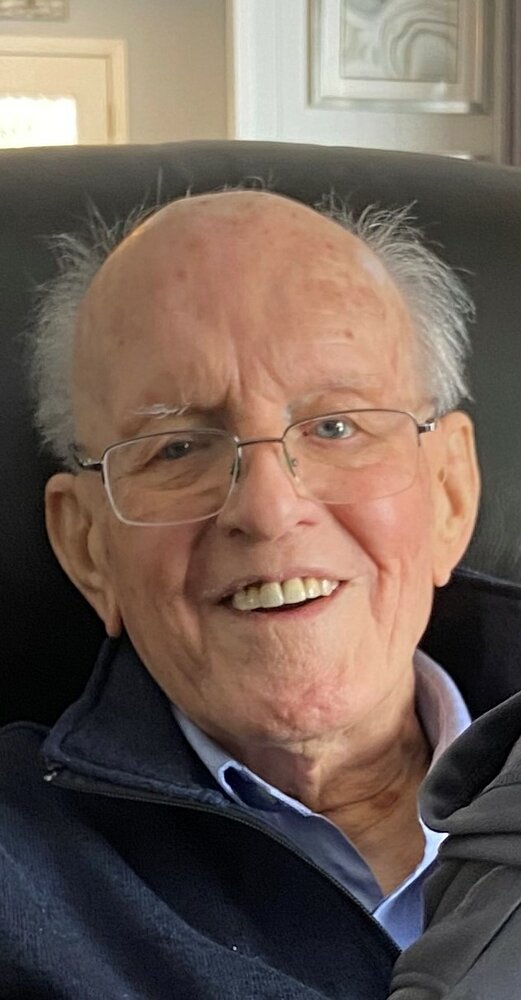 Lloyd F Ford of St. Paul passed away peacefully on November 21, 2021 at the age of 95.
Lloyd was born on February 27, 1926 in St. Paul, Minnesota, to Hirum Roy Ford and Mabel Ford. He was precededin death by his loving wife of 72 years, Lorraine Ford, parents and siblings: Earl Ford, Leona Kramer, Wayne Ford. He is survived by his sister Betty Pagh, his daughter Marsha Sullivan, son Jeff Ford, Grandchildren: Sarah Samuelson, Naomi Sullivan, Joel Ford and Jennie Soucheray and great grandchildren: Jack and Cameron Soucheray and Will Samuelson.

Lloyd graduated from North St. Paul High School in 1944. He joined the Navy and was a radioman on a ship in the Pacific fleet. Upon his return, he worked at 3M as a bookkeeper. It was at 3M that he met Lorraine Dahle and they were married on September 11, 1948. Lloyd later left 3M and started a sales position with the St. Paul Pioneer Press and Dispatch. He also held sales positions with Fearing Mfg and L&A Products.

Lloyd was very active. Lloyd and Lorraine enjoyed golfing, snowmobiling, square dancing, traveling and time at the cabin. They loved spending winters in Florida but were always glad to be back home. He loved his family and is already greatly missed.

A celebration of life is planned for December 16 at 11:00 AM at St Andrews Lutheran Church Great Hall in Mahtomedi, MN.

To send flowers to the family or plant a tree in memory of Lloyd Ford, please visit Tribute Store
Thursday
16
December

Share Your Memory of
Lloyd
Upload Your Memory View All Memories
Be the first to upload a memory!
Share A Memory
Send Flowers