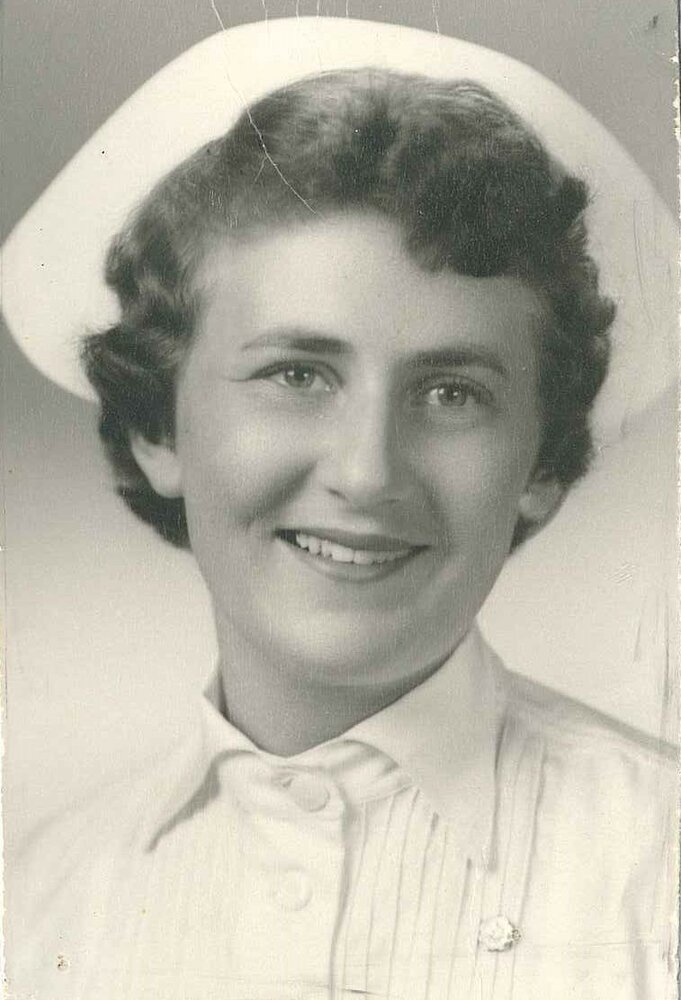 Obituary of Lorraine B Mattson

She will be deeply missed by children Debra (Bob) Bosak, Barbara (Claude) Forshier and Jonathan (Lisa) Mattson; grandchildren Jennifer (Ryan) Herbenson, Jackie (Sam) Thesing, Brian Bosak and Emma Mattson; great-grandchildren, Penelope, Olivia and Lucy Jo; sister Doris (Ken) Moxness; sister-in-law Dr. Carol Porth and many cousins, nieces, nephews and friends.She was preceded in death by husband of 60 years, Melvin; parents, Alfred and Clara Lund, and brother Arnold Lund. Lorraine was born on November 18, 1933 in Eau Claire, Wisconsin to Alfred and Clara Lund. She and her two siblings grew up surrounded by Norwegian traditions in a brick bungalow built by her father. At the age of 4, she required ear surgery and it was at that young age that she decided to become a nurse. She never considered any other career. She attended Eau Claire High School where she played viola in the orchestra and received awards for typing and shorthand. After graduation, she enrolled at Luther School of Nursing in Eau Claire and proudly achieved her dream of becoming an RN in 1954. In the spring of 1954, she began corresponding with her future husband Melvin Mattson, who was stationed in Germany. They were married at Grace Lutheran Church in Eau Claire in 1955. They moved to North St. Paul in 1959 where they raised three children. Lorraine was a beloved member of her neighborhood, always willing to lend a hand. Lorraine's 44 year nursing career included early work at Luther Hospital in Eau Claire and Swedish Hospital in Mpls, where a surgeon described her as the best scrub nurse he ever had or ever would have. Upon moving to North St. Paul, she began working at Miller Hospital in St. Paul and continued at United Hospital until 1998. Her love of nursing was second only to her love for her family. True to her Norwegian heritage, Lorraine was an accomplished baker of lefse, krumkake and sandbakkles, often sharing her home-made treats with friends and neighbors. Other hobbies included knitting and collecting antiques, an interest she shared with her husband. Visitation will be held on Saturday, December 18 from 10-11 at Sandburg Funeral Home in North St. Paul. Funeral service will follow. Private interment at Lakeview Cemetery in Mahtomedi, MN. Memorials preferred to Johanna Shores Employee Appreciation Fund or St. Mark's Lutheran Church in North St. Paul. The Mattson family would like to express a heartfelt thank you to the caring staff at Johanna Shores and the wonderful nurses at Optage Hospice.

To send flowers to the family or plant a tree in memory of Lorraine Mattson, please visit Tribute Store
Saturday
18
December

Share Your Memory of
Lorraine
Upload Your Memory View All Memories
Be the first to upload a memory!
Share A Memory
Send Flowers