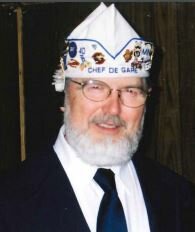 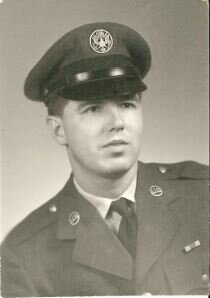 Age 83, of Woodbury, passed away on January 26, 2022, with his daughters by his side. Born in St. Paul, MN on April 28, 1938 to Francis and Clara (Westaby) Saunders. He married his first wife, Judith Meeker in 1964. They had two daughters, Lisa & Sheila, and they lived in St. Paul until their divorce. In 1987, he married his 2nd wife, Rose Marie Rossi. They were happily married until her passing in 2018. He worked for West Publishing Co (Thomson Reuters) for over 40 years, retiring in 2000. He was a proud Air Force Veteran and a proud and active member of the Arcade Phalen American Legion Post 577. He was a long-time member of the Ramsey County Voiture Locale 838, serving as the Grand Chef de Gare for the State of Minnesota in 2003. He loved spending time with family and friends and will be affectionately remembered for his love of a good story, his deep baritone voice, and his generous and loving spirit. He was a consummate traveler. He and his wife, Rose, along with their dog, Spike, loved to travel in their camper and see the country. Preceded in death by his lovely wife of 32 years, Rose Marie Rossi; his parents; and siblings, Carol Wilson, Francis Roy Saunders, Wayne Saunders, Terry Saunders, and David Saunders.. He leaves behind his children, Lisa (Mike) Sitter, Sheila (Rolf) Ward, David (Erin) Phelps-Stark, Daniel (Marie) Stark, Terese (G.T.) Sherlock, & Jerry (Kim) Stark; 14 grandchildren; 3 great-grandchildren; siblings, Patty Forsberg and John Saunders; brothers-in-law, Carl (Dawn) Rossi, Mark (Carol) Rossi, Jim Rossi, and Tom (Roxanne) Rossi; sisters-in-law, Mary Ann (David) Ekblad and Sylvia (Bill Stiff) Rossi; several nieces, nephews, other relatives, and friends. Funeral service on Saturday, February 5, 2022 at 12 noon at Sandberg Funeral Home (2593 7th Av. W, No. St. Paul) with visitation starting at 10AM. Interment St. Mary’s Cemetery.

To send flowers to the family or plant a tree in memory of Raymond Saunders, please visit Tribute Store
Saturday
5
February