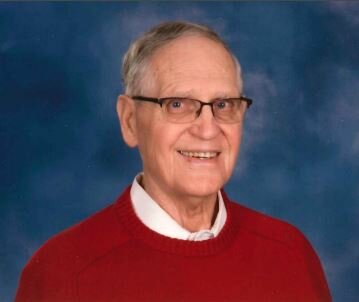 He was a special dad. Always encouraging Stacy’s gift of music. Attending theater & concerts no matter where she performed. He was so proud of her now as she is a mom and a college professor. As a small child, Eric spent hours watching his dad work in the garage. Finally, when Eric was old enough, he became his dad’s helper. Dick’s happiest moment was when Eric became lead man & Dick became his helper. Together they built & remodeled trucks & cars. There was nothing they couldn’t create together. A special dad, good husband, & Joanne’s best friend.

Dick retired as a construction manager from Thiessen-Krupp Elevator. In his retirement, he enjoyed helping his kids remodel their homes, going to car shows, garage sales, lunches with his classmates from Harding Class of 1960, & spending time at their cabin.

A private funeral is planned. A celebration of Dick’s life will take place at a later date.

To send flowers to the family or plant a tree in memory of Richard Kern, please visit Tribute Store
Print
Share A Memory
Send Flowers