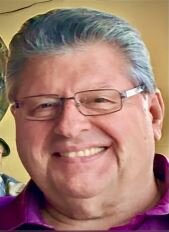 Larry entered the world on Mon., Dec. 31, 1945, the first-born child of Albert and Betty (Warner) Kotval. He spent his toddler years on the Kotval family farm in northwest Iona Township, Todd County, MN, a home shared with his Kotval grandparents. At age 4, his mother and father sold the farm and moved to the nearby town of Clarissa, MN.

Larry attended elementary school in Clarissa, where he was a Cub Scout and Boy Scout. In high school, he was an officer for FFA and played tackle for the Clarissa Buccaneers football team. Larry was a 1963 graduate of (then) Clarissa High School, and a 1965 graduate of the auto mechanics program at (then) Wadena Area Technical Institute. After tech school, he worked at a large car/truck dealership in Wadena. But his talents and personality took him much further in life; he wrote in 2005: “Like the many stories and letters our ancestors received from friends and relatives that lured them to new and better opportunities, the stories of higher pay and job opportunities brought me to the big city of Minneapolis.”

In Aug. 1966, Larry was employed by Tel-E-Lect in Bloomington, MN, a manufacturer of digger derrick/cranes and aerial manlift equipment. It was the start of a 29-year career that took him from the factory floor to Service Representative, to Iowa Service Center Manager, to Distributor Service Manager, to Director of Service and Quality Assurance that included both domestic and international customers and distributors. As his work responsibilities grew, he was an educator at many product trainings and seminars for professional trade groups; educational institutions; and telephone, electric, and utility companies. Larry moved to Watertown, SD, in 1979 after Tel-E-Lect moved its operations to that city.

In the meantime, Larry met and married his beloved wife Charyle “Chari” Konerza on June 18, 1983. Larry also became the loved and respected stepfather to Chari’s son, Greg. They divided their time between homes in Maple Grove, MN, and on Lake Kampeska near Watertown, SD. Larry left employment with Tel-E-Lect in Aug. 1995 and returned to full-time life with his family in the Twin Cities.

In Feb. 1996, Larry started a new career in the industrial laser processing field as project manager for Laser Machining in Somerset, WI, a major auto parts supplier in Europe and, shortly thereafter, was off to Europe for business meetings. In 1998, he made the first of several trips to Shanghai, China, working with an American/Chinese business development group to explore expanding the company’s business in China.

In 2005, Larry became an international sales rep for Tandem Products, Minneapolis, a manufacturer of specialty polyurethane wear components. He worked for Tandem until his retirement in 2010.

Larry enjoyed retirement and loved spending time with family and friends. He genuinely cared about those around him, taking a real interest in their lives and activities. As Larry and Chari settled into retirement, they purchased a home in Fort Meyers, FL, to escape Minnesota winters. Larry always was eager to get on the road to the warm Florida sunshine.

Larry was a man of many talents and interests. He was an excellent carpenter and handy man like his father, and always had a house project in the works. He enjoyed traveling and enjoyed the sights of roads less traveled. He developed a strong interest in family history/genealogy, spending several summer vacations traveling in the U.S. and in the Czech Republic with other family to discover his roots.

Preceded in death by his father, Albert (1969) and mother, Betty (2018). He is survived by his beloved wife, Charyle, Oakdale, MN; and stepson, Gregory (Kimberly) Konerza, Walker, MN. He also is survived by four siblings and their families: Curtis (Linda) Kotval, Tucson, AZ; Pamela Kotval, New Brighton, MN; Allan (Nancy) Kotval, Maple Grove, MN; and Byron (Kimberly) Kotval, Sartell, MN; nieces and nephew. He also is survived by sisters-in-law and their families: Linda Wallraff, Shoreview, MN; and Barbara (James) Hanggi of Woodbury, MN. Larry was loved and will be missed dearly. We will cherish the wonderful memories he helped create. May you rest in peace!

To send flowers to the family or plant a tree in memory of Lawrence Kotval, please visit Tribute Store
Saturday
1
October

Share Your Memory of
Lawrence
Upload Your Memory View All Memories
Be the first to upload a memory!
Share A Memory
Send Flowers