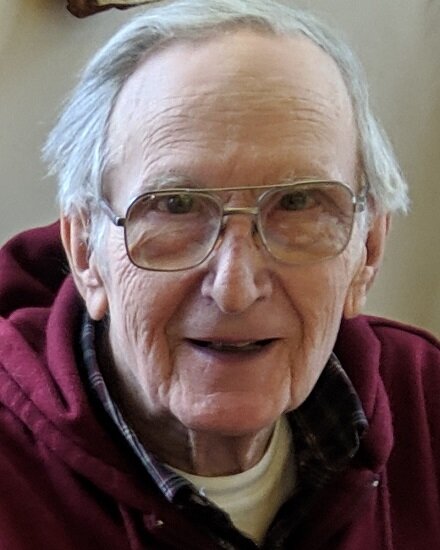 On Wednesday, August 3rd, 2022, John Ernest Moffatt, living dictionary and loving father, passed away at the age of 88. He was born in September of 1933, raised in Rockford, Illinois, and completed multiple degrees in higher education. His doctorate in Sociology led him to a career as a professor of criminology at the University of Wisconsin Stevens Point. On June 8th, 1968, he married Nancy Lee Mueller. Together they raised one son, John Frederick Moffatt.

John was an avid reader. He had a vast vocabulary and a seemingly endless store of minutia. You may not know what a hod is, but he did. He was always happy to share that knowledge or recommend a good book. His creative mind and kind spirit spawned marvelous creations out of recycled plastic and found objects. The vision and imagination with which he saw items and their potential was a gift that found outlet in set design and prop creation for community theater and church events. He was also an music lover, sang in church choirs, and played multiple instruments. Playing coronet or trumpet brightened his day. His willingness to teach will be greatly missed, from home improvements and craft projects, to grandkids learning to make a sound through a mouthpiece, to clergy moving from overseas trying to navigate a new country, he was there.

Every story about John has the feeling of caricature or hyperbole. In his basement workshop, he turned scrap into ray guns, built a portable compressor for his airbrush inside an antique EKG, and supplied an imaginative son with swords and shields. While taking a written test in military counterintelligence, he proposed a novel method of defeating a common lock that became top secret. Though he rarely spoke about feelings, he improvised a speech at his son’s wedding that had the audience in stitches and tears.

John was preceded in death by his father, John, his mother, Mary, his sister Mary, and his wife Nancy. He is survived by his son John, cousin Priscilla, and two grandchildren.

To send flowers to the family or plant a tree in memory of John Moffatt, please visit Tribute Store
Wednesday
17
August

Share Your Memory of
John
Upload Your Memory View All Memories
Be the first to upload a memory!
Share A Memory
Send Flowers