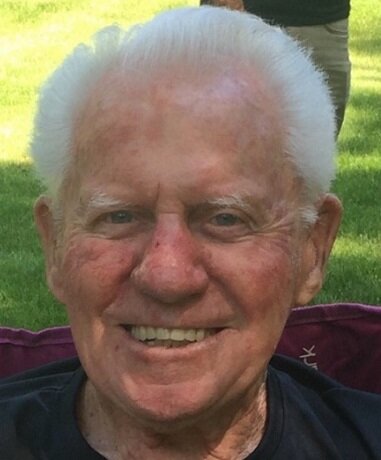 Jack was, above all, a kind man. He married the great love of his life and together they raised a family on the East Side of St. Paul, not far from where he and his many siblings grew up. He served his country in the Air Force, stationed at Johnston Air Force Base in the Pacific. After his service ended, Jack worked in the insurance industry until his retirement, then filled his days as the world's best school bus driver. Jack was a better than average softball player, and has four Senior World Series Championship rings and a lifetime’s worth of grateful teammates to prove it. He was devoted to his friends, especially the “Poker Group,” and to his church community at St. Pascal Baylon in St. Paul.

Jack may no longer be able to sit up and take nourishment, but he spent his entire life looking forward to getting to heaven. His family has no doubt he is delighting in his heavenly days and preparing a place for all of us who will meet him there someday.

To send flowers to the family or plant a tree in memory of John Arland, please visit Tribute Store
Thursday
22
September

Share Your Memory of
John
Upload Your Memory View All Memories
Be the first to upload a memory!
Share A Memory
Send Flowers