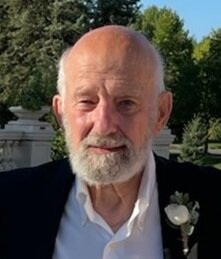 Obituary of Gary A. Robinson

Passed away suddenly surrounded by his family, Monday Oct. 24, 2022. Roby was born in Minneapolis, son of Robert and Alice. Roby was a jack of all trades, he knew concrete, painting, wall paper, siding and working as a motorcycle salesman.  He worked at Belmont HD, St. Paul HD and Fairbault HD.  He loved riding his bike in any weather, rain, sleet or snow.   Roby was a lifetime Harley rider. He also worked as a St. Paul escort for funeral processions for years, he enjoyed stopping the traffic and driving fast.  He always had a new bike, he would trade one in every year.  He put on miles upon miles per year and he was part of the "Million Mile Club."  He did sell motorcycle insurance at one time.  He caused a lot of trouble for the MN State Patrol being "Scooter Trash."  He loved camping back in the day.  He was very proud of the things that he had.  He did a lot of traveling on the motorcycle out east.  He loved old civil wars and the history of this country, he was very patriotic.  He did calm down when he met his wife Christy, he told her, "I think you're going to be the one to get my ducks in a row."  He became a fantastic cook and an avid baker.  He also gave amazing hugs.    Preceded in death by his grandson, Gabriel. Survived by his wife, Karla “Christy” Christensen; children, Lisa Lake, and Robert (Cassie); grandchildren, Desiree (John) Menken, Morgan Robinson, Ryanna Alms, and Ally Alms.  Private services at a later date.

To send flowers to the family or plant a tree in memory of Gary Robinson, please visit Tribute Store

Share Your Memory of
Gary
Upload Your Memory View All Memories
Be the first to upload a memory!
Share A Memory
Send Flowers