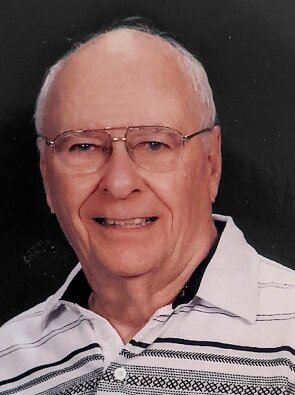 “Bill” was born to Charles John and Rose (Krumpelman) Breneman. Bill grew up in St. Paul, and attended Cretin High School, graduating in 1950. Bill was a 42 year 3M Company employee. Most of those 42 years was at 3M’s Central Research in Maplewood. Bill and “Terry” Mary Therese Cosgrove married in St. Paul, Minnesota. This 60 year journey included five children, many adventures, and several beagles along the way. He enjoyed many outdoor activities. He was an avid hunter and angler, and managed to travel many locations in North America for those activities. He enjoyed trap shooting and golfing with friends and family. Dog shows and Lake Superior held special draws for Bill and Terry, and continue to hold special places in the hearts of their children. These last five years in particular took a toll on Dad. He missed his wife, his brother, friends, and dogs that went before him. His vision and hearing deterioration caused so many limitations on the activities he had enjoyed throughout his life. Thankfully, his children continued to live in the area and shared time with him. Grandchildren and great grandchildren lived nearby as well. Quite the family circus when everyone was able to gather together! We will miss him dearly! Bill is survived by his children; Mike Breneman, Patty Watts, Kathy Wallack, Sue Haglund, and Barb Breneman; nine grandchildren; and twelve great grandchildren. He was preceded in death by his wife Terry, his brother Jack, his parents, many friends and relatives, and his beagles

To send flowers to the family or plant a tree in memory of William Breneman, please visit Tribute Store
Wednesday
4
January

Share Your Memory of
William
Upload Your Memory View All Memories
Be the first to upload a memory!
Share A Memory
Send Flowers