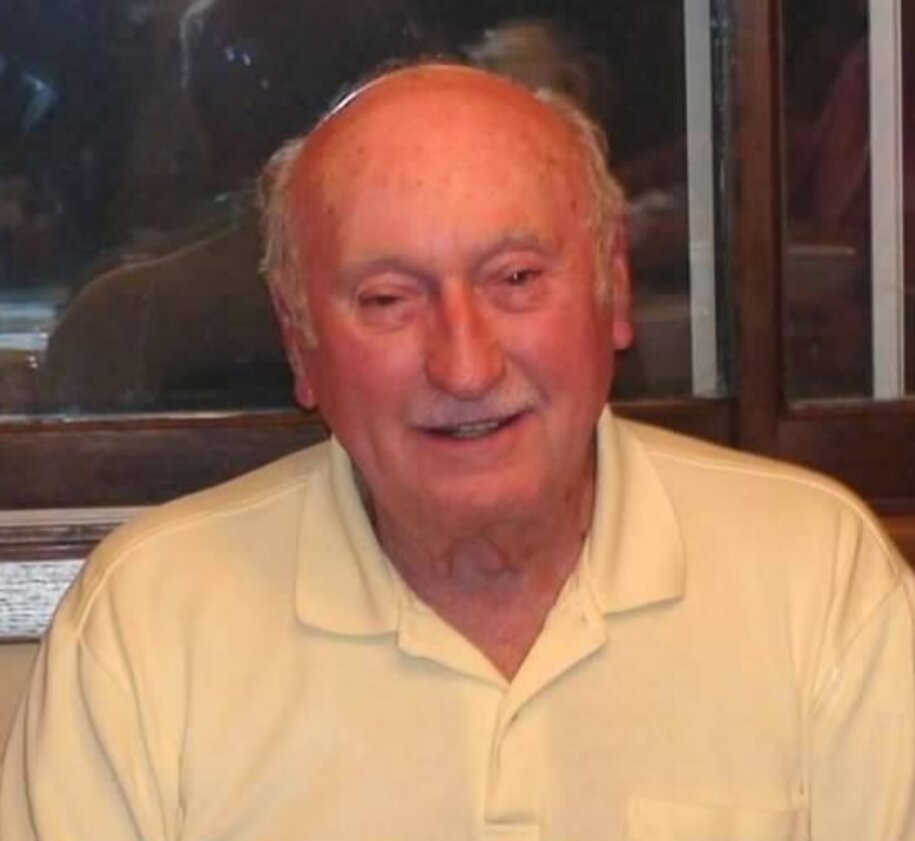 At 94 years of age, Dad had a good life and was a devoted father and husband. When he was 17, he started work as a draftsman at American Hoist and spent 41 years at the company before being laid off at age 58 1/2.  American Hoist split up as a company and Dad continued to work as a contractor but this required constant out of state travel, often spending only one day in a town before heading out in the evening for the next engagement. This was hard on him and he retired at 62.

In 1953 Dad designed and built a small cabin on North Center Lake in Lindstrom, MN where the family continues to gather for holidays and special occasions to this day. Opening the cabin in the spring with raking the yard, turning the water on, cleaning the cabin and putting in the dock was always one of our favorite family gatherings. Mom would always make a big batch of her world renowned spaghetti and meatballs.

He married his wife Devora in 1955 and they bought a new home shortly after in North Saint Paul where they continue to live to this day. They had 6 boys and a girl followed by 14 grandchildren, 1 great-grandchild and 3 step grandchildren.

Mom is credited with providing care for Dad and intervening in many situations which helped prolong and enrich his life. Mom was the daily caregiver in his life those last few years.

Keeping up with the cabin and raising 7 kids left little time for much else but Dad always had time for his family. Somewhere in there the cabin became too much and Dad put it up for sale. It was up for sale most of that summer before he decided he would keep it. It’s hard to imagine how different life would be if he had actually found a buyer and we didn’t have it anymore.

Dad would make nearly everything by hand. He made critter keepers for our toads, snakes and turtles, butterfly showcase and a science center in the basement. The house was always well maintained. In 1966 Mom and Dad added an upstairs addition with 2 new bedrooms for the boys. He finished it off all by himself after work and on weekends. He did all of his own car repairs. These skills got passed on to us kids and most of us know how to do light carpentry work, plumbing, electrical and how to fix a car.

Many thanks go to the family who cared for him at home round the clock that last week. Special thanks go to Maria who was there daily and helped hospice nurse Jen and inform the rest of us how to administer the drugs and what to watch out for. Also to Abbey and Justin who were knowledgeable in end of life care as well. To Sue, Becky, Cheryl, Madhavi and Emma for making meals for the family. Also thanks to Allina Hospice for their wonderful care of Ken. Everybody contributed to make his final days as comfortable as possible.

To send flowers to the family or plant a tree in memory of Kenneth Corcoran, please visit Tribute Store
Print
Wednesday
15
June