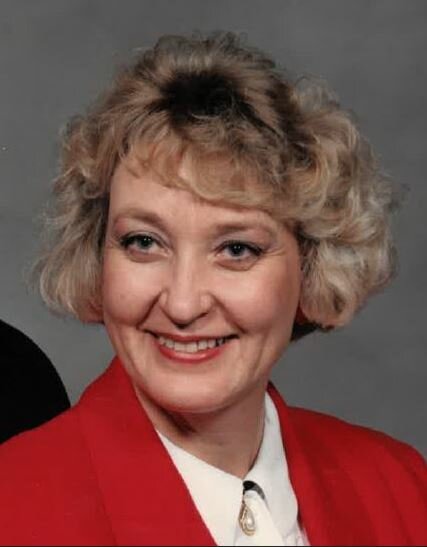 Diana Mary Drewlow was born on March 1, 1949, to Ferdinand and Martha (Arnston) Drewlow in Moorhead, MN. She was baptized and confirmed at St. John’s Lutheran Church in Barnesville. Diana was a member of the Atherton 4-H club and won prizes at the Wilkin County fair for her sewing, baking, and steer. Diana graduated from Barnesville High School in 1967. After graduation she attended Moorhead State College and earned an Elementary Education teaching degree. Diana began her teaching career in Warren, MN. While living there she met Patrick Matthews who was stationed at the Grand Fork AFB. They were united in marriage on June 24, 1972, at St. John’s Lutheran Church. After the birth of their son, Jason, they moved to Colorado Springs, CO. There, Diana was engaged in the workforce.

In 1982, following her divorce, she moved back to MN. Diana worked for MN Job Services in Moorhead. Later, she moved to Woodbury, MN. Here Diana was employed in several jobs in Dakota County Technical College. Diana also worked for Sylvan Learning Centers, including providing Title I services within Minneapolis Public Schools. In her later years, she subbed in a few districts full-time teaching any subject and grade area. Diana’s passion for education and student success is also demonstrated by the fact that she did in-home tutoring. At night, she would work at various testing centers, scoring exams from across the country. This is just an example of her work ethic. Most of her life, working multiple jobs. Diana retired from subbing at the age of 70. Diana had a strong faith that sustained her. She was a member of Woodbury Lutheran Church. Diana helped put together care packages for the homeless.

Diana met the love of her life, Bob Olsen, and they were united in marriage on September 27, 1997, near Stillwater. Diana was especially proud of and famous for the sweet treats she made and shared freely.

Diana was preceded in death by her parents, a brother, David and her son Jason.

Diana passed away peacefully on November 8, 2022.

The family would like to thank the staff at Lyngblomsten Care Center for the exceptional love and care they provided for her.

May her memory be blessed.